A few months ago, when I was first introduced to Pinterest, I came across this idea from Real Simple.  I thought it looked like something the kids would enjoy, but we just never got around to doing it over the summer.  Then this week the kids had a day off school and it was the first day it didn't rain in what seems like ages!  I gathered up some balloons, plastic cups, mini marshmallows and pom poms and we had a great time.  These little contraptions are really easy and inexpensive to make, but boy, can they really launch a marshmallow! 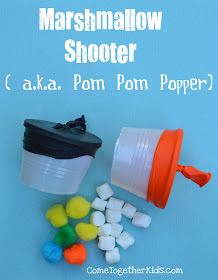 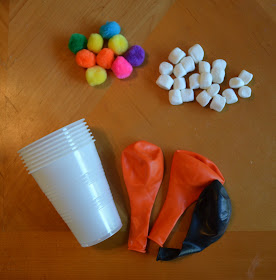 And here's what you need to do:

1.  Cut the bottom part off of your plastic cup.  I found it worked best to double up the cups and I cut off the bottom third. 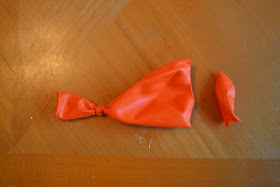 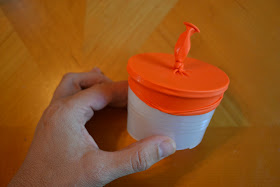 That's it!  Now it's time to do some launching!  Just put your marshmallow inside the cup on the knotted center, then aim the cup away from you, pull back on the outer knot and launch away! 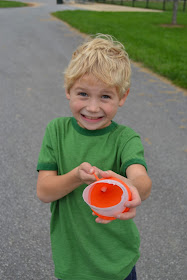 **NOTE** The marshmallows went MUCH farther than the pom poms, but I have enough problems with food in unwanted places inside the house.  There was no way I was going to intentionally encourage the kids to shoot more food around!  Therefore, my rule with these fun new toys was marshmallows outside, only pom poms inside.  (I know I'll still be finding pom poms in hidden corners for the next several months, but at least they won't be covered with ants!)

These were so inexpensive and easy to make and sooo much fun, that we'll definitely be launching some more marshmallows (outside, of course!) and pom poms (inside, but not at each other!) soon!